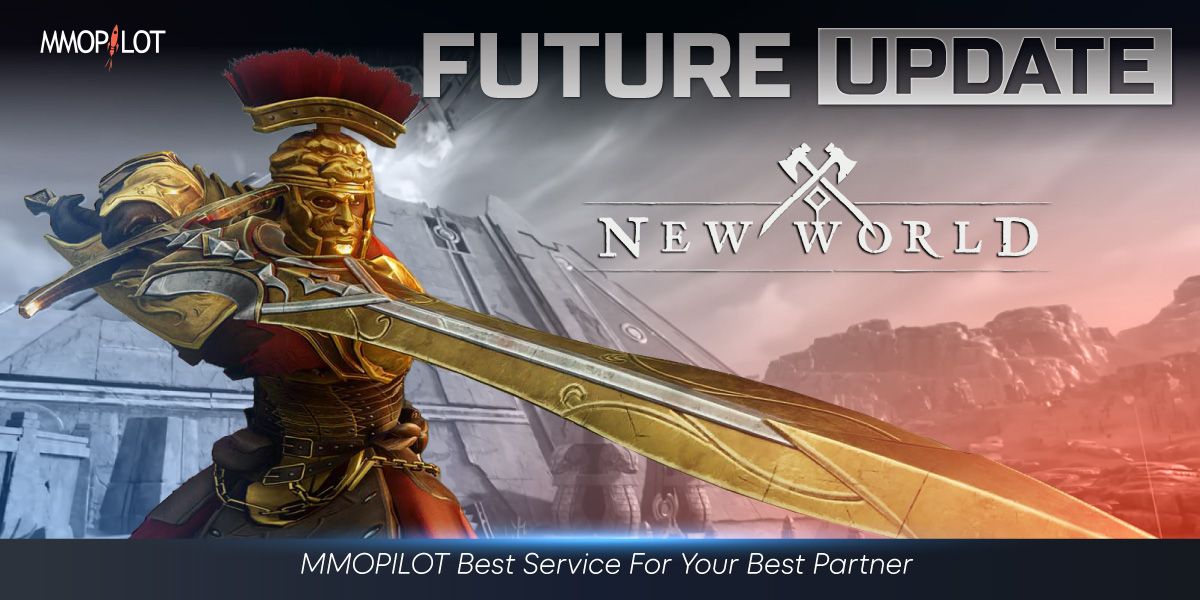 New World Future Update That You Need To Know!

Bonjour, everyone! How’s there? Is Everything Fine? Or did you find any trouble while playing New World?

Do you know that New World has new updated version of Brimstone Sands? Now it’s time to take a look at what you got for the current version!

In a future update, there will be a new area called Ennead Expedition, a new Great Sword weapon, a new Heartgem Rune skill, a runeglass gem with two passive skills, and a runestone clockwork and umbral shard.

In the Brimstone Sands zone, there are Egyptian ruins that were built to honor ancient god-like people who lived on the island a long time ago. Roman legionaries also went there to find a way to bring the Roman Empire back to its former glory. You’ll have to fight them, as well as sand demons and other Egyptian enemies, to get your hands on the new loot that was added in the update.

Most of the mobs in this area are corrupted or very old. Soon, there will be new monsters like the armadillo, the golden jackal, the sulfur dragon, and more.

The level will be raised to level 60 or higher, and each existing monster will be changed even more to fit the themes of the map, such as ancient Rome and ancient Egypt.

In this updated version, Ennead Expedition is the newest dungeon. With new mobs and a new dungeon mechanic, players will have new things to do. You can find it between under big pyramid in the heart of brimstone new map and rome.

To get to Brimstone, players only need to finish the “Strider of the Sands” quest, which requires them to prepare a few things, like fish oil. This quest won’t take more than an hour.

Our own opinion is that a huge monster has woken up in the desert. Local stories call it “The Devourer.” Right now, its file is under “Arenas,” and the PTR version of NWDB lists several status effects. Our best guess is that this is a preview for a boss who fights in an arena. But because of its size, it would have to be like the final boss in the Lazarus level or a big arena.

With this latest update, the Greatsword is added to the list of weapons you can use in New World. It’s a two-handed sword that lets you switch between different stances depending on the situation. The Greatsword scales evenly with both Strength and Dexterity, which means that it goes well with many other martial weapons.

In the Brimstone update, Heartgem Rune is one of the new ways to play. with runes that can be used and put on like weapons.

How to get it

To get the Heartgem rune, each player must first complete the prequests, starting with “Brimstone Under Siege,” “The Great Architect,” “Preemptive Strike,” “Stirring in the Sands,” “A Blossoming Threat,” “Past Prologue,” and “Secrets of the Heartgem.” After completing the last quest, the player will receive a Minor Rune as a reward, and the Heartgem will be unlocked.

How to use it

Once you have a rune, you can find it in your inventory under the “Runes” section. From there, all you have to do is put your rune of choice into the slot below your weapons. In New World, you can switch out your rune just like any other piece of equipment. For players to be able to use this skill, their Heartgem must be fully charged. Your Heartgem will get charged when you do things in combat like deal and take damage, block hits, and heal allies. Every time you use it, the charge starts over.

Runeglass Gem is a gem that is made one level above the pristine gem. This gem is better than the others because it has two passive skills.

The difference with cut gem/raw gem

Ward lighting, abyssal ward, fire ward, and so on are all examples of elemental wards, and there are variants of each function in the Runeglass gemstone that allude to other wards.

How to get it

If you want to make it, you need to be at the right level and have the right materials.

the following levels must be met:

Among the things that need to be ready are:

How to use it

To use it, do the same thing you do with other Cut Gemstones, which is to drag the gem towards the armor or weapon you want to put it on.

All of these are news about the future that we have been looking forward to. If there is anything else bothering you, please let us know. Please know that we are committed to meeting your needs.

MMOPilot is the most reliable leveling and boosting service out there, so you can always count on us to help you out no matter what you’re up against. In the event that you have any questions or concerns, please don’t be hesitant to get in touch with us.

Come in and have your questions answered, Here!

Warning! Fraud attempts using the name”MMOPILOT” should be avoided at all costs.