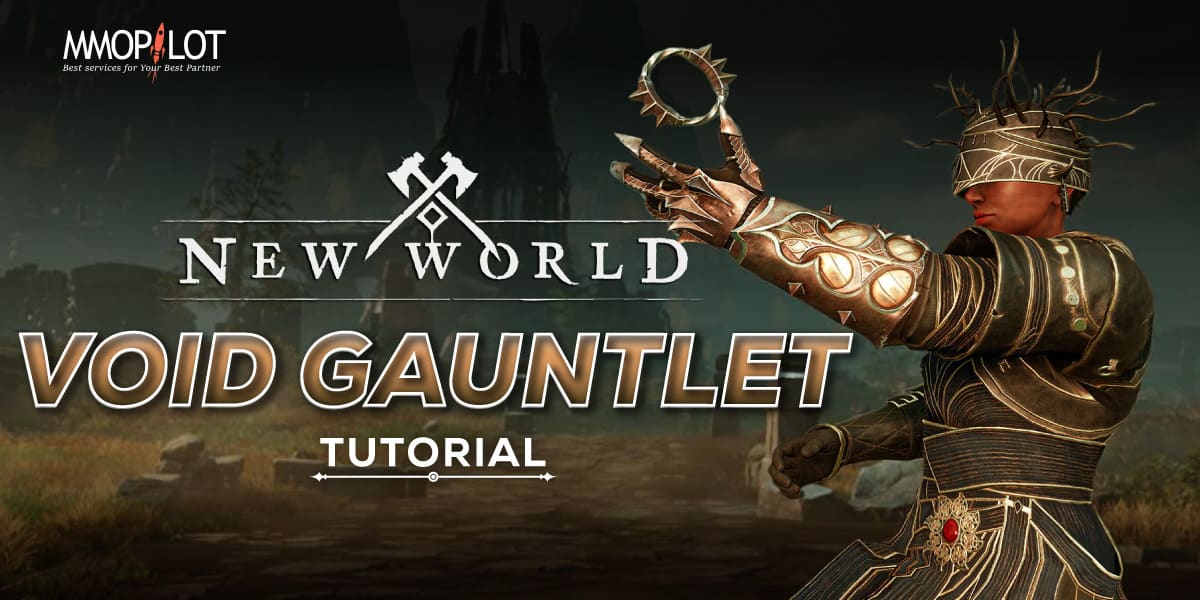 New World players, do you want to know more about the Void Gauntlet Tutorial, from perks and recommendations to active skills and recommendations for weapons that can be used? You’re in luck because we’ll be reviewing it based on the data we’ve collected from our professional players!

What is the Void Gauntlet?

The Void Gauntlet is a magic-type weapon that deals void damage and scales of intelligence primary and focus secondary. There are 2 types of mastery: annihilation and decay. Annihilation Mastery is a melee skill that is devoted to dealing strong damage around the enemy’s face. Meanwhile, Decay is focused on basic healing and buffing.

What are the Recommended Void Gauntlet Builds to Share?

We will recommend the Build Void Gauntlet Tutorial in the form of Build DPS, which includes active skills, passive skills, and passive keys as follows:

Get light and heavy melee damage by summoning a sword that has Void energy.

Get weapon damage to enemies up to 30% per second by summoning a circular rift.

Fires a ball that the enemy can’t block and deals 100% weapon damage with the Orb of Decay.

The Voidcaller is the most used passive key in all void gauntlet builds. Despite having a cooldown of 20 seconds, Voidcaller has an exclusive Out of Focus healing scale for 5 seconds.

Can I Get a Recommendation for a Weapon Suitable for the Void Gauntlet?

Yes, we will provide some recommended weapon combinations that are suitable for the Void Gauntlet. You don’t need to worry because we provide a little explanation there.

– Lifestaff – the combination of heal and buff/debuff from voidgauntlet and lifestaff is very efficient for the healer role.

– Ice Gauntlet – Ice gauntlet is identical to burst skill, which is very easy to run out of combinations, using void gauntlet is very efficient.

– Firestaff – the flamethower in the firestaff build drains a lot of mana. With the void gauntlet, mana usage becomes more efficient.

What If I Have a Problem with the Void Gauntlet?

Some of you, like all game players, may run into difficulties or become stuck on a particular task or problem set. Before you decide to stop playing your favorite game, you should try to solve every problem.

You can use our recommended Void Gauntlet build, if the build is suitable for your way of playing. However, if you don’t even have it yet, or are having trouble, you can discuss it with us.

We provide leveling and boosting services that result in 99 percent of our service users’ being happy with our service and the system we supply. You won’t find a more diverse selection of intriguing bargains anywhere else except right here!

Alert! Many fraudulent acts are circulating in the name of Mmopilot!