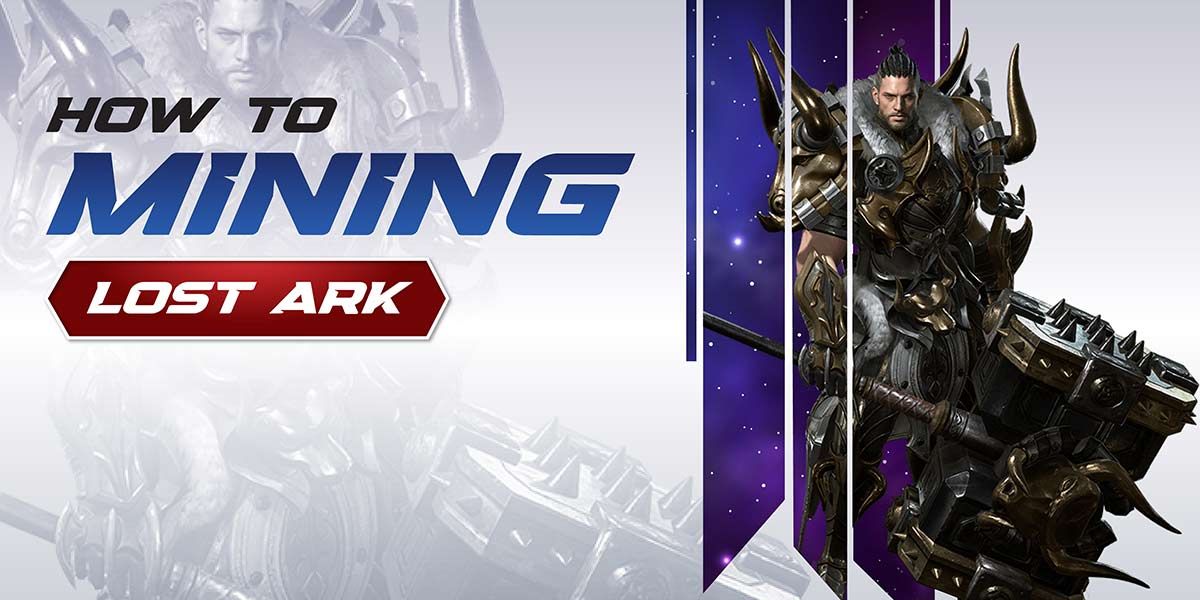 Let us introduce you to another trade skill called mining as a Lost Ark player.This trading skill will help you a lot when playing Lost Ark. So, we will explain all about mining, give you some tips and tricks, and give you some recommendations. Let’s check it now!

Mining is a trading skill or resource gathering method in Lost Ark. With the results of resources such as ore and precious stones, mining is often used to create, upgrade, or level up certain items or items such as weapons or stronghold items.

Is there anyone who knows how to mine in the Lost Ark?

To mine in Lost Ark, players need to look at the mining nodes on the map. The icon appears as blue crystals in the mini-map. Players could mine at every node twice, and then the miner’s ore and miner’s vein would break and disappear. The nodes will reappear after some time in the same location as before.

To be able to take part in Lost Ark mining, you will first need to complete the quest called “Crown of Lakebar” in Luterra. Go to West Luterra and you will be able to do the quest. Don’t worry about missing the quest as it will be a part of your main questline. Once you have completed the quest, you will get 6 trade skills, of which mining will be one of them.

The basic mining ability is used to gather ore veins.

When mining, there is a chance to trigger a mini-game where pressing the key with the correct timing will give an increased chance of yielding rare items.

When enabled, this ability enhances the likelihood of acquiring rarer resources at the cost of additional labor energy consumed every mining effort.

It sets up a bomb that destroys nearby ore veins, dropping lots of ore at once. Can hit multiple veins with one bomb.

Do You Have Any Mining Tips or Recommendations for Lost Ark?

Mining Ore spawn locations will spawn any of the available harvestable nodes for that map and are always in the same location. So you can either wait or do some mining rotations in the map while you wait for the ore to respawn.However, sometimes they may not be present at a given time. They may not have spawned on that specific channel, or another player may have harvested it recently.

The best place for mining

When you think you don’t need this trade skill because it is difficult, we think you must try this skill, so you may think over again. There are a lot of benefits you can get when you have this trade skill. But when you’re too lazy to grind, you can ask us for the best boosting and leveling service you can trust.

Getting to Know Us Here!

Warning! Be Careful Because Some Scammers Use Mmopilot’s Name!